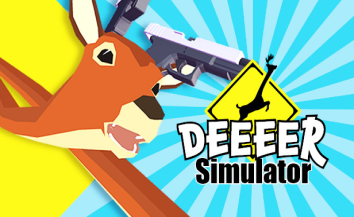 Put simply, DEEEER Simulator is a “Slow-Life Town Destruction Game”. You can spend your days enjoying a nice, relaxed frolic here and there together with the other animals around town, or you can choose to relieve some stress and absolutely destroy the town and everything in it. 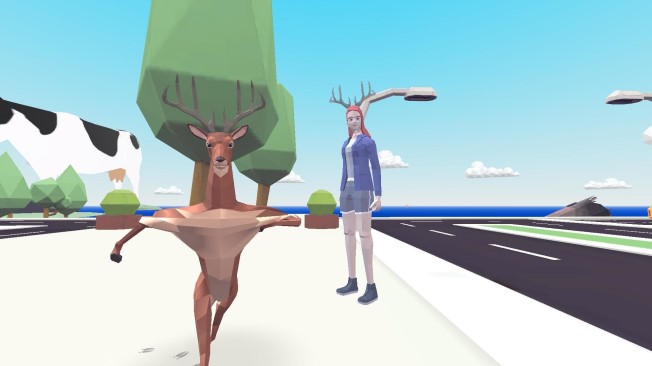 Destroy the entire town, give humans antlers and make them dance and Naruto run, ride horses, drive cars, and pilot mechs. Destroying cars and buildings is how you will find most of your weapons, and there is a good amount to discover. Collecting weapons will have them attach to different parts of your body, essentially turning the deer into a war machine. In the second level you’ll basically be able to turn into a Gundam with lock on missiles and jet packs. The key here is to explore and interact with everything around you. Although, granted, the levels are small and there isn’t a massive amount to do anyway. 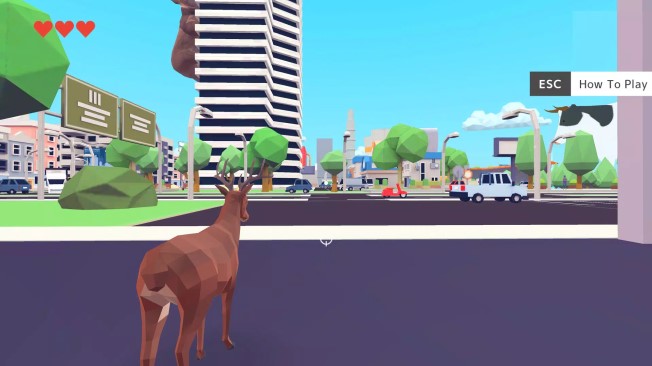 Each rank will have you encounter a new enemy police force, and once you reach rank A you can fight a boss. There are two maps to destroy; the second is unlocked after defeating wanted rank A and solving a “puzzle”. There is an ending to the game, with an end boss fight and even a weird ending cutscene, but there isn’t really a cohesive story here.

Visually, DEEEER Simulator is very limited with its low-poly graphical style and simple designs, but somehow it’s kind of charming in its own way. It’s by no means a good looking game, but its confidence in its presentation and the over-the-top designs kind of make up for it. Unfortunately, even with its small scale and simplistic design the performance isn’t great. It gets choppy and sluggish especially when things get busy onscreen, which is surprising.