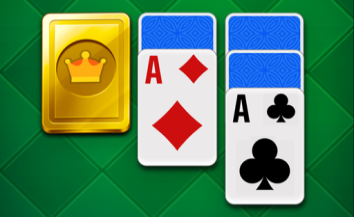 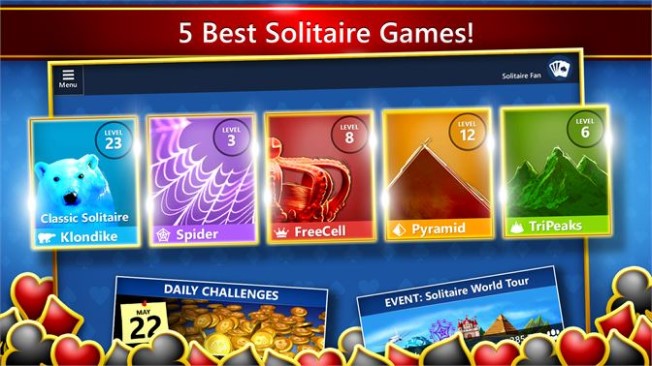 Klondike Solitaire is the king of all timeless classic games. Clear all the cards from the table using one or three-card draw. Also try out Traditional or Vegas scoring! The BEST way to play Solitaire classic free. 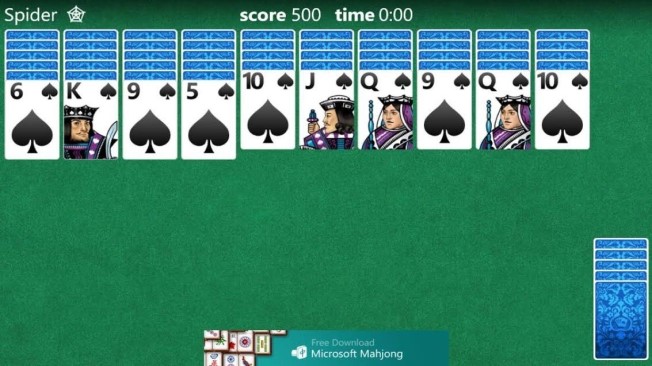 Eight columns of cards await you in Spider Solitaire. Clear them all with fewest moves possible. Play single suit or challenge yourself with four suits! Come play Spider Solitaire free - it's a great way to train your brain! 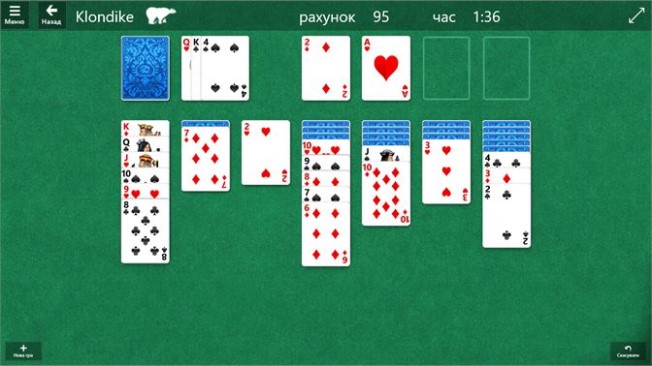 The most strategic of all the Solitaire card games Use the four free cells to move cards around and try to clear all cards from the table in FreeCell Solitaire. FreeCell Solitare rewards players who think several moves ahead.