If you are looking for a 'Diamond among coals' in strategy games, then this game will make you satisfied.  Based on a Hexagon grid, You basicly control a Master, that in turn controls monsters and magic.

The game consists of you taking turns against either computer or player enemies summoning monsters used to destroy the opponent(s). You start yout turn with some magic regained, and that magis is used to summon different kind of monsters and use spells that can help your monsters or harm your opponents. Across the map are towers that you can take over by placing one of your monsters on to increase your cap on the number of monsters you can summon, but remember that your opponents can do the same. Monsters can fight by being adjacent to the enemy, either with a range or melee attack, and the opponent counters the same, if they dont die by your hit first. As monsters fight and destroy other monsters, they gain experience, which after so much is gained, they level up and evolve into stronger monsters. During the campain run, all of your monsters that survived the level with you will continue onto the next one, meaning if you have the level 4 King Dragon, it will help you anialate anything on the next round and so on.

So many people overlook this game simply becasue it was on the Sega Genesis and got very little fame due to it being almost a soly Japanese game, but belive me whn I say this: More strategy games need to be based like this one. you won't regret trying Master of Monsters out. I still regret selling it. 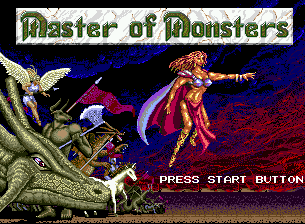 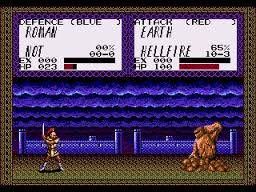 Where In The World Is Carmen Sandiego