For over 20 years, gamers have enjoyed Donkey Kong Country on SNES. The game’s popularity has seen it re-released several times over the years and here are a few things you need to know about the game that was initially published by Nintendo.

Donkey Kong Country uses pre-rendered CGI 3-dimensional graphics. Rare, the game’s developer, uses a compression technique that incorporates more details and animation in the game in a technique known as Advanced Computer Modeling. The game’s characters have a crisp look as a result of the 3D design. Animation for movement of Donkey Kong and Diddy Kong had to be done by hand to imitate the gallop and real-life gorilla movements.

To win, players have to pass 40 unique side-scrolling levels and get back banana hoards that have been stolen from the Kongs by the Kremlings. Each level has a different theme as well as tasks that vary ranging from swimming to riding mine carts, swinging from vines and launching from barrel cannons. Falling off the screen or getting hit by the enemy costs the player one life, while a life can be gained by collecting various items at each level. Items that earn a life include bananas, letters that spell out ‘KONG’, animal tokens and life balloons.

The difficulty changes at each level; more advanced levels have tougher enemies that cannot be taken down by the roll or a hand slap, requiring the player to get an animal’s assistance to throw a barrel at it. Animal helpers are found in relevant themed levels such as Squawks the Parrot found on the cave level, Enguarde the Swordfish found underwater and so on.

Players can choose to control either Donkey Kong or Diddy, his nephew. The game has a single player and multiplayer option. Multiplayer can be in contest mode where each player controls a different set, and the players take turns to see who can finish each level as quickly as possible. There’s also a team mode where players play as a tag team with each controlling one of the Kongs and one player being dormant and only stepping in when the other loses his Kong.

The Donkey Kong Country game was released in 1994 yet continues to hold popularity among gamers in 2017. It is a lengthy game with a number of levels which can hold gamers’ attention. Even upon completion, most gamers like to replay certain levels switching from single player to multiplayer depending on their curiosity and the desire to have a different experience. It is safe to say that Donkey Kong Country has quite a lot of lasting appeal.

Donkey Kong Country made such a great impact by having 3D graphics at a time when the technology was new to the video game industry. Years later, this game remains a classic even with newer variations that depart from the original Donkey Kong Country on SNES. It is also a lighthearted game which can hold gamers’ attention while challenging their competence. Despite the improved technology and video games, Donkey Kong is bound to remain an all-time favorite. 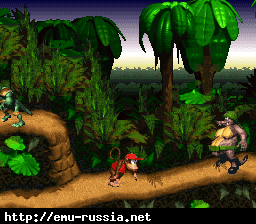 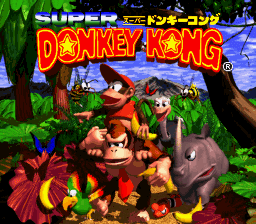 Doraemon - Nobita to Yousei no Kuni