Super Mario World is a 2D video game that was published and created by Nintendo. The story is about Mario who goes on a journey to Dinosaur Land to rescue the princess from the enemy who is known as Bowser. He also has to face the Koopalings who are Bowser’s Children.

Super Mario World game has very simple graphics. At the time, the available technology could only allow the developers of the game to publish the game in 2D. In contrast, recent Mario games are made of 3D polygons which are better and clearer. This is why there is a significant difference between Super Mario World and other 3D Mario games like Super Mario Deluxe. One of the differences in graphics is the resolution. The original game had a resolution of 256 x 224 pixels while more recent games have a resolution of up to 640 x 480 pixels. This is one of the reasons why Mario today is way clearer compared to the original version. However, Nintendo did a very good job with the original game considering that they did not have very advanced technology as we have today.

The Super Mario World (SNES) has a singleplayer and multiplayer option. For the single player option, the player gets to control Mario only. For the multiplier option, one player controls Mario and the other controls his brother Luigi. The game is navigated via two screens; a playfield with a side-scrolling feature and an overworld map.  The map provides a depiction of the modern world, and it has a number of different paths leading to the castle which is the game’s destination. The game is played in a linear direction. The player controls Mario by making him jump, run and dodge obstacles and enemies along the way. Each player has several lives. The lives reduce if the player is caught by the enemy. Once these lives run dry, the game is over. The player will see a ‘continue’ option on the screen to try another round. The game has a total of seven levels. It is in the final level where Mario goes up against the antagonist Bowser to save the Dinosaur Land and the princess.

This game has four game control buttons. The button at the top right makes it possible for Mario to jump. If pressed down, Mario will continue jumping. If the player lets go of the button, Mario returns to the ground and continues running. The bottom right button makes it possible for Mario to roll over. The game also has a pause and start button for pausing and starting the game. The older version’s controls are quite simple and self-explanatory to the player.

Mario is the best-selling game for the Super Nintendo Entertainment System. The game has received a worldwide acceptance, and this is one of the main reasons why it is played to this day, and the developers are using modern technology to make it even better. It is a game you will not want to stop playing. You will surely be hooked on this game, and you will want to have the entire series.

Super Mario World is indeed one of the best video games ever developed. The game was very popular in its 2D state and still retains its popularity to this day. It is a game anyone can enjoy from children to adults. If you are looking for a video game you will never get tired of playing, Mario is without a doubt the best game to get. 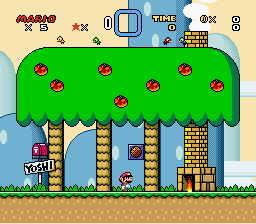 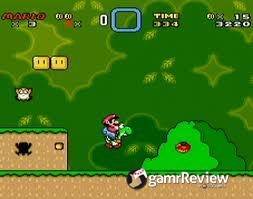 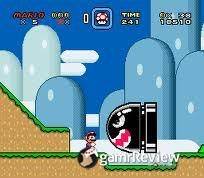 Fushigi no Dungeon 2 - Fuurai no Shiren