Super Nintendo Entertainment System, or Super NES, is responsible for making our childhood worth remembering. If someone mentions Nintendo, we become nostalgic about the good old days we used to spend playing intriguing Nintendo games. Here, we have compiled a list of best Super Nintendo games ever. 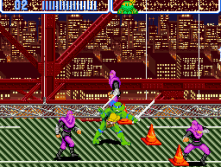 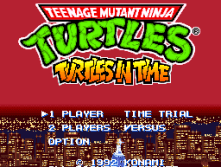 This is an arcade video game with two playing options – two-player mode and four-player mode. The players were assigned any of the four characters to fight the enemies. The Turtles in Time series was released in 1991, and 17 years later, it was again launched as a 3D arcade game. 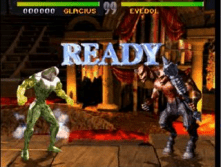 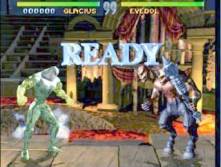 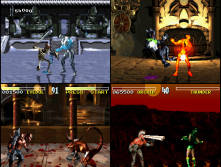 Mortal Kombat II was a fighting game known for its extreme violence and deadly gameplay. The main motive of the game was to challenge the evilness of the emperor Shao Kahn. Mortal Kombat II is considered one of the greatest video games ever. In this version, characters such as Kitana, Sonya Blade, Kung Lao, and others were introduced.

Reaping the benefits of WWF wrestling entertainment, a professional wrestling video game, WWF Royal Rumble, was launched in 1993. It featured the top wrestlers of that time. The game incorporated signature moves of the wrestlers, attacking weapons such as chairs, lethal techniques like choking, and much more.

Launched in 1993, Star Fox grabbed the attention of the gamers in a short span of time. Star Fox is a rail shooter video game wherein the player directs the Fox’s aircraft, Arwing, and destroys the enemies and their hideouts. This was the second Nintendo game that features 3D graphics.

Super Mario RPG, a role-playing game, made its debut in Japan and North America in 1996. The gameplay revolved around five playing characters and an antagonist, Smithy. Mario and his team had the responsibility of collecting and returning star pieces back in the Star Road.

Final Fantasy VI is a role-playing game (RPG) launched in 1994. During its initial release in the North American subcontinent, it was known as the Final Fantasy III. The game’s plot revolves around a group of rebels who are adamant about overthrowing the ruthless dictatorship regime. Final Fantasy VI is one of the most successful RPG game until now.

Super Street Fighter II Turbo is one the most revered games in the Street Fighter franchise. Besides main characters Ryu and Ken, a secret character Akuma was introduced in the game. This competitive fighting game involves opponents from different countries. Interestingly, this is the oldest competitive fighting game still played around the world. 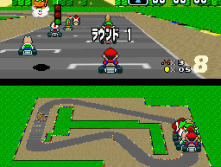 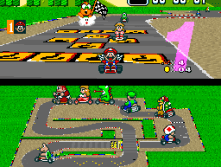 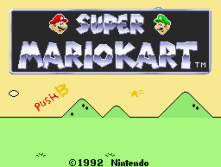 Super Mario Kart has the distinction of the third best selling SNES game of all time. In the game, the player can select one of the eight characters, and play in a single-player or multiplayer modes. During a race, a player can launch attacks on the opponents or use speed boosters to accelerate the kart.

Super Metroid was the sequel to the game Metroid II: Return of Samus. The protagonist of the game, Samus Aran, travels to the planet Zebes in an effort to save an infant Metroid that was stolen by Ridley, the leader of the Space Pirate. The game features superior graphics and captivating background score to allure the gamers.

Chrono Trigger is a role-playing game that seems nothing less than an adventurous journey through time. Featuring splendid graphics, captivating music, intriguing quests, etc; Chrono Trigger was undoubtedly one of the most popular games of the 90s.

Super Mario World is undoubtedly one of the most successful franchises of Nintendo. The company has sold over 20 million copies till now. A side-scrolling platform game, Super Mario World game’s story involves Mario’s and Luigi’s quest to save Princess Toadstool from the clutches of Bowser. In this edition, a dinosaur, Yoshi, was also introduced who could annihilate enemies with his tongue.

The Legend of Zelda franchise is one of the most recognized games of Super NES. A Link to the Past is an action-adventure game wherein Link embarks on a mission to save Hyrule and maidens from the control of Ganon. The popularity of the game is evident from the fact that it has been reintroduced in the Super NES Classic Edition.

Nintendo deserves the love and praise bestowed upon by the gamer fraternity. Nintendo was the pioneer of the modern gaming trends introduced in the early and late 90s. The never-ending craze for these aforementioned games depicts the current popularity of Super NES.