Super Mario Bros is one of the most popular video games. It was developed a successor to the original game, Mario Bros., and has since received critical acclaim for reviving the video game industry.

At the time the Super Mario Bros game was published, its graphics were outstanding. The game had crisp and bright colors, with quirky animations that were made even better by the accompanying sound effects. Over the years, the graphics seem less fascinating as the game ages as some parts have been squeezed to fit GBA screens that have a different aspect ratio than modern TV screens. Mario jitters while running when played on this screen, however, most game lovers still enjoy the outdated graphics.

While playing Super Mario Bros for NES, the player takes the part of the protagonist, Mario. The objective of this game is for Mario to rush through the Mushroom Kingdom while surviving through the forces of the antagonist, Bowser in order to save Princess Toadstool. While running through the Mushroom Kingdom, Mario can collect coins and hit special bricks that are marked with a question mark that reveal coins or other collectibles. A player can help Mario grow by hitting a red or yellow mushroom, get additional lives by picking a green or orange mushroom. A player loses a life if Mario falls into a pit or runs out of time. The enemies he encounters along the way include Goomba and Koopa Troopa who must be defeated by being bounced on or having Mario hit a brick beneath them. The game has 8 worlds and 4 sub levels per world. Each stage occurs in different locations, some of which are underwater, and the final one in a castle.

The game can be played by two players: one taking on the role of Mario while the other plays as Mario’s brother, Luigi. Luigi performs the same tasks as Mario with the intention of defeating enemies encountered in the Mushroom Kingdom in order to save the Princess. The player will be able to move from the left side of the screen to the right in order to reach a flagpole placed at the end of each level.

Mario for NES has great replay value. It is enjoyable to start the quest again once a player has reached the final level and won. This is largely attributable to certain hidden features which occur unpredictably, creating a variation in the game once it is played again. Additionally, a player can choose to play with a partner the second time around.

Super Mario Bros. is an old school game, and that means no in-game purchases. You get to enjoy the game in its full glory, no strings attached.

Despite having been launched two decades ago, Super Mario Bros holds unlimited appeal. It had a great impact on platform video gaming and continues to be a favorite choice for most avid gamers. 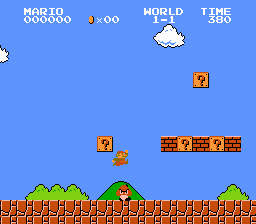 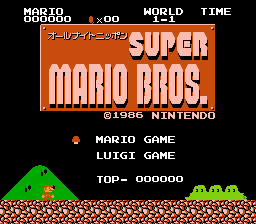 Defender Of The Crown